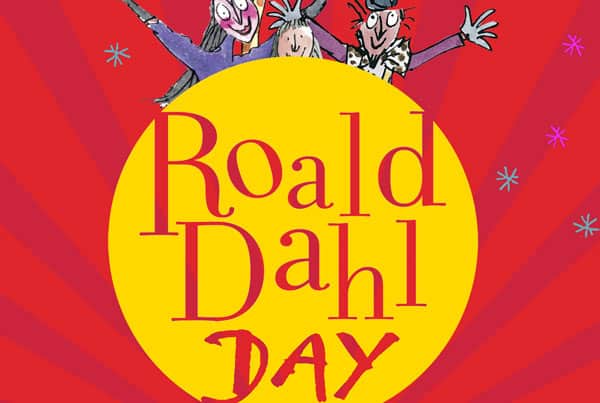 Join the librarians for a razztwizzler of a day as we celebrate the scrumdiddlyumptious world of Roald Dahl! Find the Golden Ticket and win a prize.

Roald Dahl was born in Wales in 1916. He wrote his first book, The Gremlins, in 1943. He hoped it would be made into a movie by Walt Disney. When that didn’t happen, he started writing adult fiction. He started writing children’s books again in the 1960s when he had children of his own. He also made up some of the best gobblefunk words ever!

The library has many of his books including Charlie and the Chocolate Factory, Matilda, and The BFG all of which have been made into movies. Stop by the library and check out the fun!